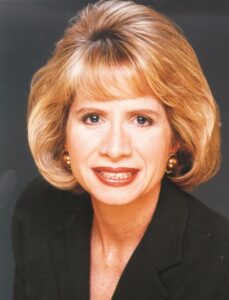 Mary K. Schmidl, Ph.D., is a Lifetime Member and a Past President of Phi Tau Sigma, has had a distinguished career as a scientist, research director, educator and leader to public and private agencies both in the US and around the world for more than 50 years. She received her Bachelor of Science degree from the University of California-Davis and a M.S. and Ph.D. degrees in Food Science with minors in Biochemistry and Human Nutrition from Cornell University. She is the former Vice President of Science and Technology for the Humanetics Corporation where she was responsible for new drug discovery as well as innovative ingredient development along with regulatory affairs. She was the Director of Research, Clinical Division of Novartis (Nestle, Inc.), which manufactures special dietary foods, weight management products, medical food products and devices. Prior to her work with Nestle, Dr. Schmidl directed the Nutrition Research Department for AG Bayer and was involved with intravenous feeding systems and medical foods. She has commercialized more than 75 new products, authored or co-authored over 100 refereed research papers, magazine articles, patents, book chapters, books and is highly sought after as an international speaker. She is the co-author of the book: Essentials of Functional Foods.
Dr. Schmidl has served on numerous Boards for governments, non-governmental organizations and the private sector. Dr. Schmidl received the Babcock Hart Award for Nutrition, Carl R. Fellers Award, Patrick Award for Research, the MNIFT President’s Award, Phi Tau Sigma Special Recognition Award, the Award of Distinction from the University of California-Davis, the “Friendship Award” and “Scientific Spirit Award” from the Chinese Institute of Food Science and Technology by fostering global cooperation in food science and nutrition. Mary has been elected a Fellow of IFT and served as its President in 2000-2001. She was elected Fellow of IUFoST and served as its President. She is also a Fellow of the United Kingdom’s Institute of Food Science and Technology. She currently is principal for NFNC (National Food and Nutrition Consultants) and teaches at the University of Minnesota where her focus is on obesity, functional foods, dietary supplements and their impact on global public health and wellness.
Vision for ΦΤΣ: Phi Tau Sigma, The Honor Society of Food Science and Technology has continued to evolve and to honor and recognize achievements in excellence related to food science, technology, research and education. This position of leadership has not been by accident. Rather, it has been the result of an innovative and dedicated membership, hard work and newly structured and organized strategic thinking leadership team. In order to enhance this new effort and to meet the enormous challenges and maintain and enhance our stature as the premier multidisciplinary international honor society for food science, technology, research and education, we will need to not only continue the efforts and programs currently in place nationally, locally and internationally, but also to innovate new ones. Examples of programs which I believe will give us that start include: continued reinvigorations of local chapters, greater involvements of corporate sponsorship and government interaction through joint strategic thinking, and continue emphasis and focus between the student members. Some of this could be through development of unique innovative scholarship and grant programs and other creative networking opportunities for students.
From my experience having served in numerous leaderships roles, I know that such programs will not be easy to implement, but I believe we can do it by working together with the talented and gifted colleagues in Phi Tau Sigma. It would be an honor to serve in these and other challenging endeavors.