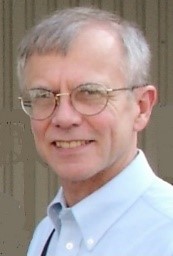 Kenneth W. McMillin, Ph.D., a Lifetime Member of Phi Tau Sigma, is Adjunct Professor and Professor Emeritus of Animal Sciences at Louisiana State University after retiring as Mr. and Mrs. Herman E. McFatter Endowed Professor in the Louisiana State University Agricultural Center and LSU. He received a B.S. in Food Science and M.S. in Animal Science at Purdue University and Ph.D. in Meat Science from Iowa State University. He taught meats, meat technology, growth and development, and contemporary issues in the animal sciences and conducted research on properties of meat from different animal production systems, meat processing and packaging, and goat meat. He has been major professor for 22 graduate students and served on 53 graduate student committees. In addition to 172 invited presentations, he has conducted processing and food safety seminars and workshops in 15 countries. He is the co-inventor on two patents and authored/coauthored 270 book chapters, refereed journal articles, abstracts, and conference proceedings along with 100 trade magazine articles. Ken has been as a member of the Phi Tau Sigma Constitution and Bylaws Committee and Chair of the Phi Tau Sigma Membership and Qualifications Committee. He served as Councilor for Louisiana Section and Muscle Foods Division, Chair of the Muscle Foods Division, Chair of the Louisiana Section, and member of six IFT Committees. He has been on the Board of Directors of the American Meat Science Association and American College of Animal Sciences, and Chair of the AMSA Educational Foundation. Ken has been Editor in Chief of Meat and Muscle Biology, Associate Editor and Editorial Board member of Meat Science, Associate Editor of Journal of Animal Science Products Section, and Editorial Board of The Professional Animal Scientist scientific journals. He served as the President of the LSU Faculty Senate and Chair of the LSU Council of Faculty Advisors for two terms, as President of the LSU Chapter of the agriculture honor society Gamma Sigma Delta, and as President of the LSU Chapter of the Scientific Research Society Sigma Xi. Ken is a Fellow of the Institute of Food Technologists, a Fellow of American Meat Science Association, Professional Animal Scientist, a Diplomate in the American College of Animal Food Science, and was a Fulbright Senior Specialist in Meat Processing, Packaging, and Sanitation. Vision for ΦΤΣ: It has been my privilege to be a Lifetime Member of Phi Tau Sigma for many years and I’m proud that our Honor Society has so many activities to recognize scholarly achievements in food science. An organization is highly dependent on maintaining the participation of its members while it supports and encourages the addition of young professionals in their development. Although it would be an honor to be elected as a Director and provide leadership in that capacity, I’ll continue my participation regardless because the members of Phi Tau Sigma exemplify the highest integrity and capabilities of food science and technology to our community and society.